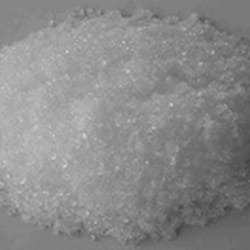 Soda ash dense is the industrial name of anhydrous sodium carbonate. Sodium carbonate decahydrate is a colorless, transparent crystalline compound which is commercially known as soda or washing soda. Soda ash is produced by the ammonia soda method (Solvay process) using ammonia and carbon dioxide to treat sodium chloride. The naturally occurring natural mineral “Trona” is also used as a source of sodium carbonate. It is an integral part of many industries and manufacturing processes, has a wide range of industrial uses, is crucial in the manufacture of flat glass and container glass, and is a key component of detergent production.

Sodium carbonate occurs in nature as Trona, trisodium hydrogen dicarbonate dihydrate (Na3HCO3CO3·2H2O). Trona is also mined from some alkaline lakes by dredging. Hot saline springs continuously replenish the salt in the lake so that provided the rate of dredging is no greater than the replenishment rate, the source is fully sustainable.

In 1861, the Belgian industrial chemist Ernest Solvay developed a method to convert sodium chloride to sodium carbonate using ammonia. The Solvay process centered around a large hollow tower. At the bottom, calcium carbonate (limestone) was heated to release carbon dioxide:

At the top, a concentrated solution of sodium chloride and ammonia entered the tower. As the carbon dioxide bubbled up through it, sodium bicarbonate precipitated:

The sodium bicarbonate was then converted to sodium carbonate by heating it, releasing water and carbon dioxide:

Meanwhile, the ammonia was regenerated from the ammonium chloride byproduct by treating it with the lime (calcium hydroxide) leftover from carbon dioxide generation:

It is developed by Chinese chemist Hou Debang in the 1930s. The earlier steam reforming by-product carbon dioxide was pumped through a saturated solution of sodium chloride and ammonia to produce sodium bicarbonate via the following reactions:

The Chinese name of Hou's process (è”åˆåˆ¶ç¢±æ³•) means "Coupled Manufacturing Alkali Method": Hou's process is coupled to the Haber process and offers better atom economy by eliminating the production of calcium chloride since ammonia no longer needs to be regenerated. The by-product ammonium chloride can be sold as a fertilizer.

Medium or lighter soda ash is commonly used in detergents. They are used as builders in the formulation of soaps, detergents, and other cleaning compounds to maximize the detergency of cleaning media. Soda ash also aids in agglomeration by carrying the surfactant and providing the optimum pH of the detergent.

Soda ash is an important part of a large number of domestic formulations, including soap, refined powder, soaking, and washing powder.

The glass industry is a large consumer sector of soda ash. Soda Ash is used as the raw material to make the most common type of glass, soda-lime silica glass, generally used in the flat glass (automotive and construction), glass container (food and drink), and many other glass industries.

It is used as a buffering agent, neutralize and dough improver, it can be used for pastry and noodle food, and can be used appropriately according to production needs.